June 07, 2017
Typical perceptions of women at work tend to lean towards office based or perhaps nurturing jobs, but they rarely consider anything hands on or dangerous as a woman's job. Most people think that all that stuff is left for the macho men to deal with but it isn’t true. While these perceptions have led to a disproportionate amount of men working in more dangerous jobs, that doesn’t mean that women don’t do it at all. Highlighting the amount of women that work in these especially male-dominated industries is an important step in changing people’s attitudes towards gender bias. If you want a career U-turn, here are some of the most dangerous jobs that women do. 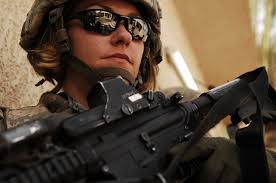 Military
It has only been four years since women have been allowed to serve in the military. In 2013, an executive order was signed that finally allowed women to serve in the same capacity as men. Huge amounts of women rushed into a career that they had previously been blocked from and, although there are still far more men serving in the military, that gap is closing. Women currently make up around fifteen percent of the military, which is quite significant considering the short amount of time that they have been allowed to sign up.

Steel Worker
Being a steel worker is an incredibly dangerous job. Your work will include putting up support structures for large buildings and bridges, meaning that you have to work with heavy machinery at incredible heights. The levels of injury for steel workers is incredibly high. A lot of men think that women are reluctant to pursue a career as a steel worker because of this danger but that’s a misconception. If you’ve ever considered a job in this area, but were put off by the male culture around it, you’ve no need to worry. Strap on a pair of ladies work boots and get stuck in, you’ll find that you are at no disadvantage because you are a woman. The number of women that work in the steel work industry is disproportionately small but is beginning to grow steadily. 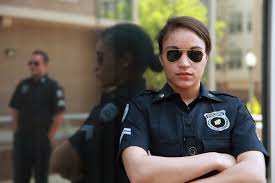 It is a common misconception that women make less effective law enforcement officers than men because they will not handle physical situations as effectively. However, women are often more effective as police officers because they can have a more calming effect during tense situations; male perpetrators will be less likely to devolve a situation into violence if there is a female officer present. The best police officers will try to avoid using physical violence in situations so the argument that women are at a disadvantage physically doesn’t take away from their ability as an officer. At the moment, women make up around one-tenth of all of the police officers in the United States.

Truck Driver
When you hear the term, truck driver, you immediately build a picture in your mind. It’s probably an older gentleman with a scruffy beard and a dirty old hat. We’re all guilty of stereotyping people from time to time, but there is a different type of truck driver out there entirely. Plenty of women are opting for a career as a truck driver these days.