New York Living: Things To Do In NYC This Fall 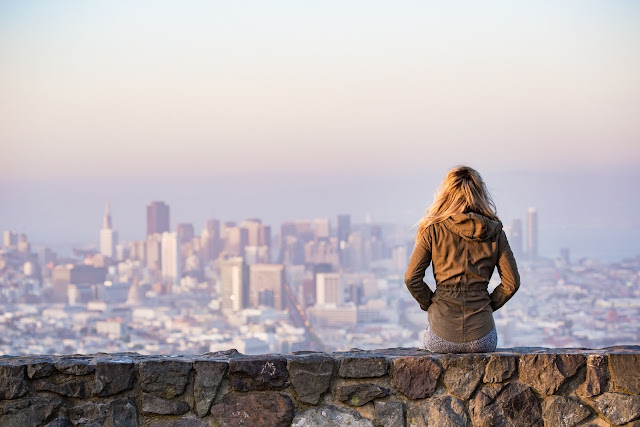 The summer has long been over, the darker nights have rolled in and slowly, but surely the thick scarves make an appearance and gradually even thicker coats. The fall is an exciting time for all the events it brings and the inevitable lead up to Santa hopping down the chimney. To make sure you don’t miss out on all the fun NYC has to offer, be sure to check out the below things to see and do. All are fitting for either meeting up with friends, family or even planning an impressive date.

What better way is there to spend your time than being bowled over by a new show. If you’re one who loves theatrics, feminism and a feel-good theatre play, try watching the hit show waitress. Featuring a waitress (it’s all in the name) who hopes to break the chains from her loveless marriage and job to start fresh in a new town. All is brought into motion with a pie-making competition, which is understandable because a good pie can motivate us to do most things.

The McKittrick Hotel plays host to a variety of events with a periodic theme each extracted from different eras to add uniqueness and interest beyond the generic nightclub sphere. With its theatrical displays, costumes and masks, you can have a ball surrounded in periodic style. An upcoming event in the name of Halloween, called inferno: three nights of deviant witchcraft will present live performances and an open bar, an event worth looking into if you’re stuck for ideas this fall.

If you’re a sucker for pretty lights and not afraid of the cold autumn air, try looking at the The Great Jack O Lantern Blaze event situated by the Hudson River. For the Halloween spirited amongst you, the event has lots in store. From 5000 glowing pumpkins, and if viewing pumpkins in mass volume isn't quite enough pumpkin for you, you can stargaze from inside the pumpkin planetarium, how romantic. To get a little boozy, before entering the event, beer will be on sale on several stores with a Halloween twist, you guessed it, pumpkin beer. You’ll be all pumpkined out by the time the events over.

Why not add the fun back into dining and try visiting Tortilla Flats, a Mexican restaurant based in the Greenwich Village. If loud music while chowing down on tasty tacos seem like your thing, with intermittent shots of tequila being poured down your neck, this is the place for you. Not to mention contests like hula hooping for those with a competitive streak! Insane, go here, it’ll be heaps of fun.

For those of you who adore a bit of theatre and perhaps even deem themselves a bit of an actor/artiste themselves, immersion theatre might tickle your fancy. The theatre experience is amplified as you’re literally drawn into the show. So probably not so much fun for those who go to the theatre to interact as little as possible with people. There are other immersion theatre shows aside from Drunk Shakespeare, but a show that encourages the actors to drink is a show worth watching. At parts, you get to make decisions and influence the actions of the actors. It’s all quite artsy and entertaining for one night, so try it you never know you might like it.

Board Games and Bagels

If drinking and partying are not up your street, perhaps try cozying up at The Uncommons for board games, brunch and hot cocoa. Feasy on a seasonal menu filled with light bites and take the opportunity to beat your friends/or date at monopoly and show them who's boss.

The museum of the American gangster hosts a speakeasy tour of one of the former bars of New York. If you’re deciding to visit this place, based in the East Village, it’s best to sign up for the tour too. The guide is super passionate about the American gangsters 1920’s era and brings to life the stories and tales. This museum is not shrouded in hundreds of thousands of dollars like the museum of modern art, so don’t expect fancy interior and a grand entrance. This museum is raw and offbeat to demonstrate how the American gangsters influenced new york. This is appealing for people who want to learn more about how New York's heritage and culture were affected by the criminal underworld.

With a few options for plans to make with friends, family or your date, you can never be bored or left uninspired for ideas in a city that’s always changing and surprising you. Thankfully, there will still be new places to explore, admire, enjoy and create memories in while you’re in New York.